1. Why did slavery come to an end in the United States?

2. What contributions did African Americans make to Union victory in the Civil War?

3. After the defeat of the Confederacy,  during Presidential Reconstruction (1865-1867), what sort of political, economic, and social order did most white southerners seek to establish?

4. What vision for Reconstruction did Radical Republicans and African Americans promote?

5. What were some of the major accomplishments of Radical Reconstruction?

6. What strategies did southern whites use to undermine and eventually overthrow Radical Reconstruction?

7. What were some of the major ways that African Americans were oppressed as a result of Jim Crow laws and other forms of discrimination and intimidation?

8. How did African Americans respond to Jim Crow laws and segregation?

9. From the late nineteenth century through the mid-twentieth century, how did historical interpretations of Reconstruction shape American democracy?

Especially if you are interested in writing your first essay regarding Reconstruction, I encourage you to conduct additional research to answer these questions. 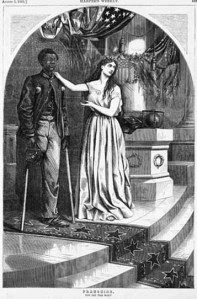 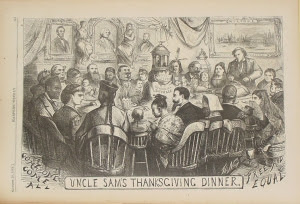