What caused the First World War?

Were Americans united in their support for going to war?

Why did the United States declare war on Germany?

In what ways did Woodrow Wilson’s plans for the United States’ post-war role in global politics represent a break from prior U.S. foreign policy?

Who were some of the major politicians that opposed Wilson’s post-war plans? What arguments did they use to defeat U.S. membership in the League of Nations? 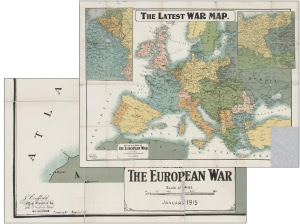